FEAR ITSELF
Fear Itself
5 Attractions this Season!

This year Fear Itself is bringing you our Largest Halloween Shows ever, with 5 of the BIGGEST, BADDEST, BEST... and SCARIEST HAUNTED HOUSES in AMERICA! All five together on one property, plus Free Bonfire Parties, Free Fireworks, a Monster Midway, an Excellent Selection of all types of delicious Amusement Park Food and Snacks, Live Music, Shows and many forms of Entertainment. Fear Itself at Legend Park...  a Halloween Spectacular.

With over 100 actors and support staff, this Halloween Event is one of the largest, most exciting, most intense and most terrifying, anywhere in the country but...

Only 16 DAYS to see this nationally acclaimed show and several of America's Scariest Haunted Houses so get your tickets now. 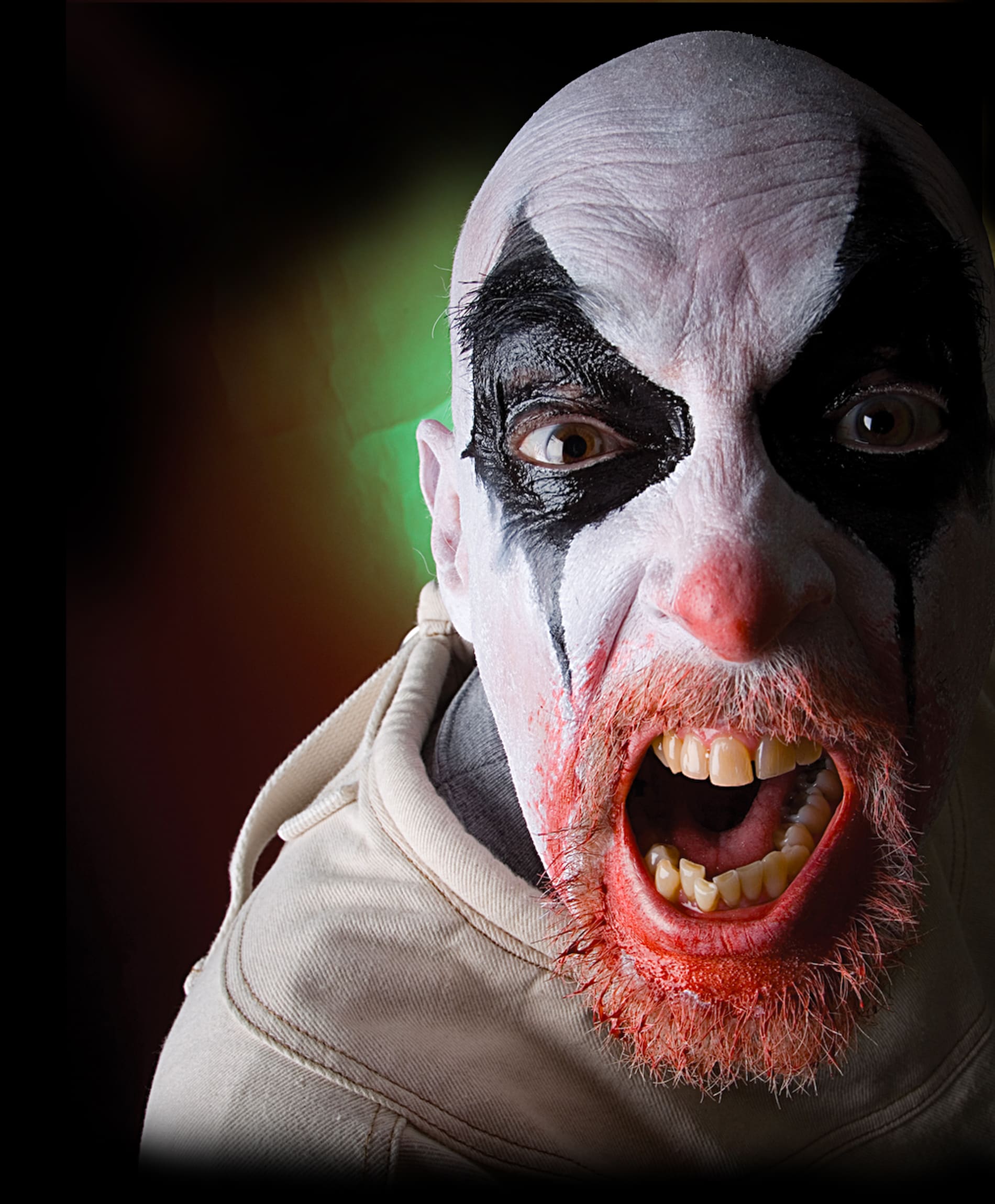 THE DARKEST SHOW UNDER EARTH!

Something has gone terrible wrong with the Sinister Circus. With all of the shenanigans the creepy clowns have been up to, this should come as no surprise to anyone. It was just a matter of time before the deranged Ring Master went totally off the deep end. As leader of the Sinister Circus, he maintained his composure (somewhat) until recently. Rumor has it that he has ordered the destruction of all of the circus animals, has murdered many of the circus clowns and tortured and dismembered each and every guest that was in the circus at the time of his breakdown. Now, he challenges you to come to his circus, lights down low, with only the worst of the worst clowns left... and they can't wait to play with YOU! 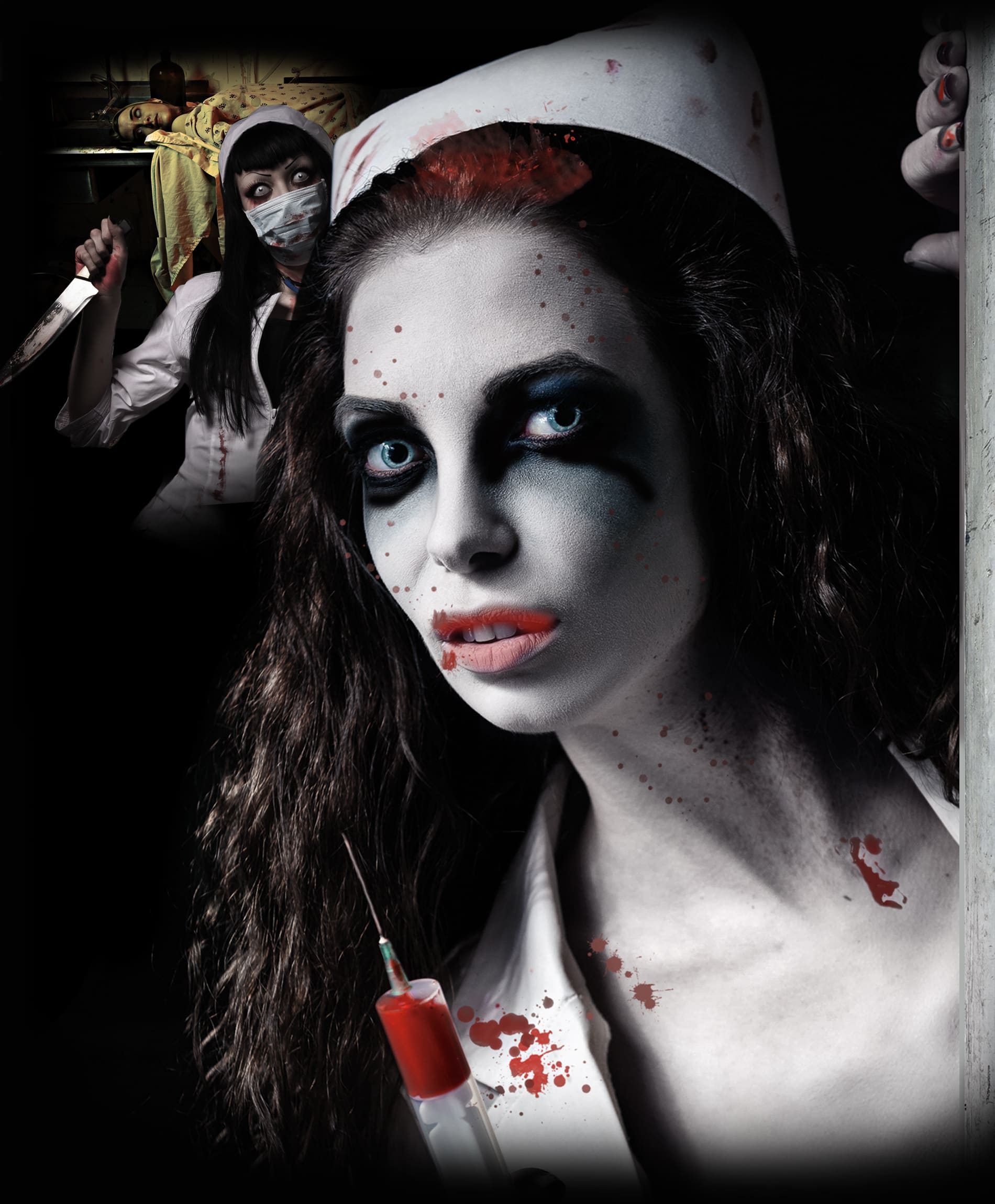 Just You. Them. And The Dark!

If Cuckoo's Nest freaked you out... Ward 13 Zombie Asylum will leave you breathless. Nurse Hatchet and her barbaric staff of fraudulent physicians and nurses have gone too far. Their heinous surgical experiments have backfired after a patient from Ward 13 died during a grim experimental, mind-bending surgery. He shocked staff when he came out of the morgue zombified. Apparently the drugs or the surgical procedure concluded with an abrupt and unexpected result. While the nightwalker lost his life he didn't loose his memory and he began to eliminate docs, nurses, patients and other staff alike. It appears that each and every one of them have fallen to the disease and now the entire hospital is swarming with walking dead. Avoid it at all costs or you may become a permanent resident! 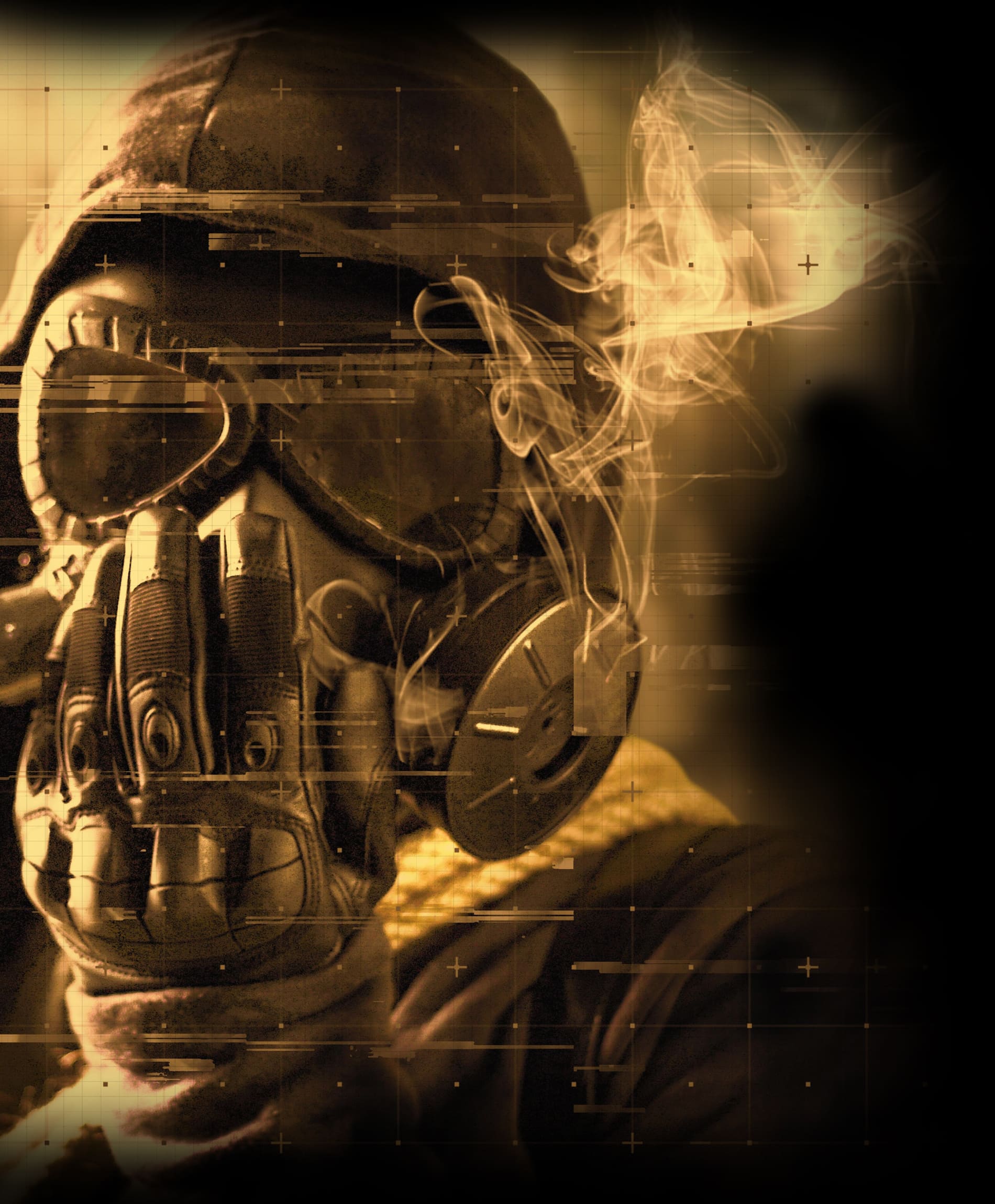 Rat Trap is like no other haunted house or outdoor maze anywhere left on Earth. It’s post–apocalyptic hysteria in what is left of New York City (now known as the Rotten Apple). After a nuclear war and months of fallout there are few survivors. The dead are considered the lucky ones. The survivors: a couple of corrupt, despicable opportunists,  the Militia (who only protect their own) and the “Rotting Night Walkers” (those infected by diseased rats). This Big Rotting City is dark, confusing and horrifying.

Your goal is to find the key that unlocks the box to the treasure… and of course, to make it out alive, in the time allotted! If you are successful you could WIN BIG.

This is the Haunted House that experts are raving about… Don’t Miss It! 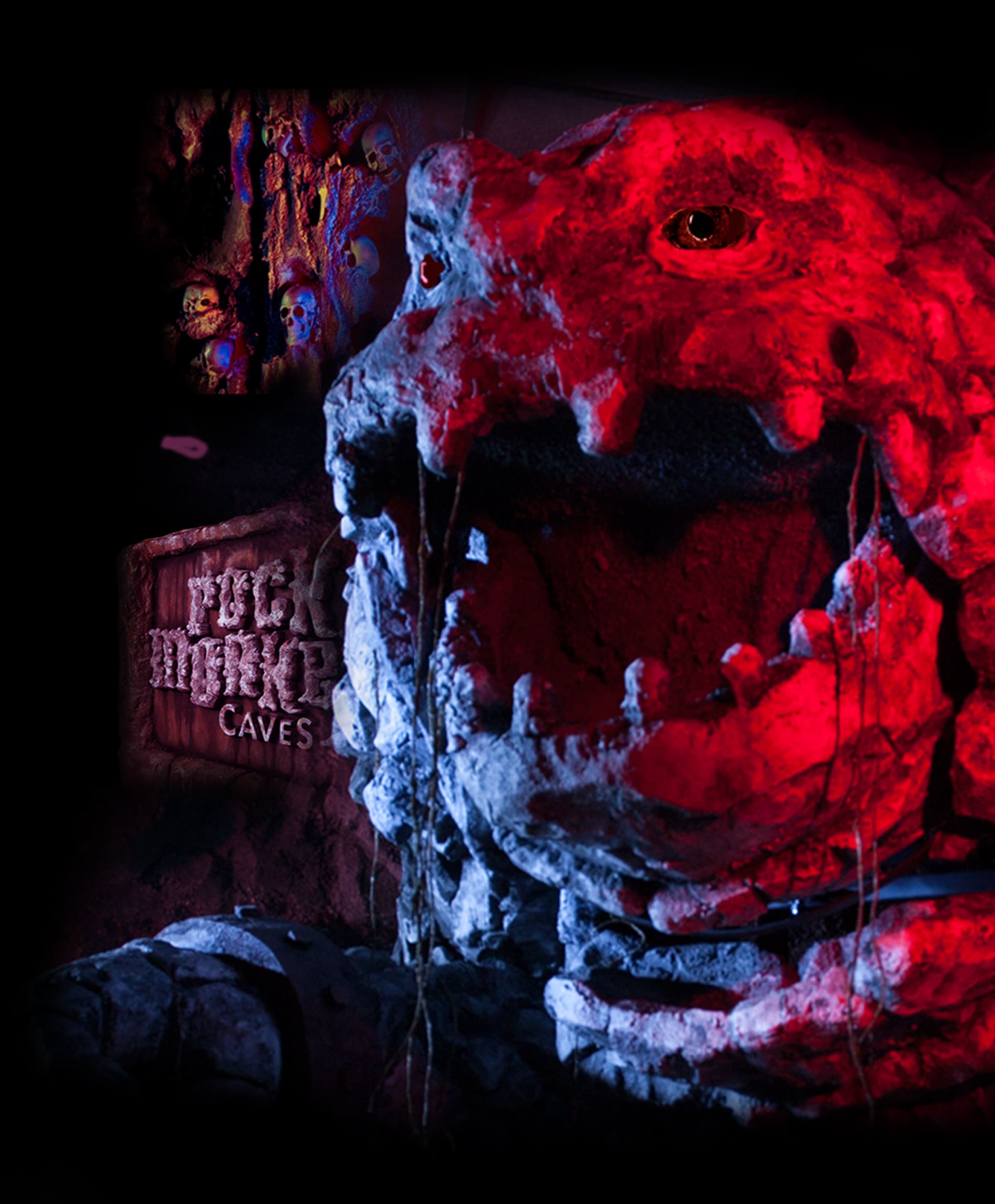 The return of the dark, dreary and dangerous, Rock Monkey Caves. These Caves and Caverns are filled with scary creatures that deliver nightmares like you could not imaging. Lightning fast, razor-like teeth and nails like steel, the Rock Monsters that dwell here will tear you to shreds if they discover you've entered their home sweet home. If you have the guts, come see the world's largest haunted house creatures yourself. Hurry though, they're waiting for you! 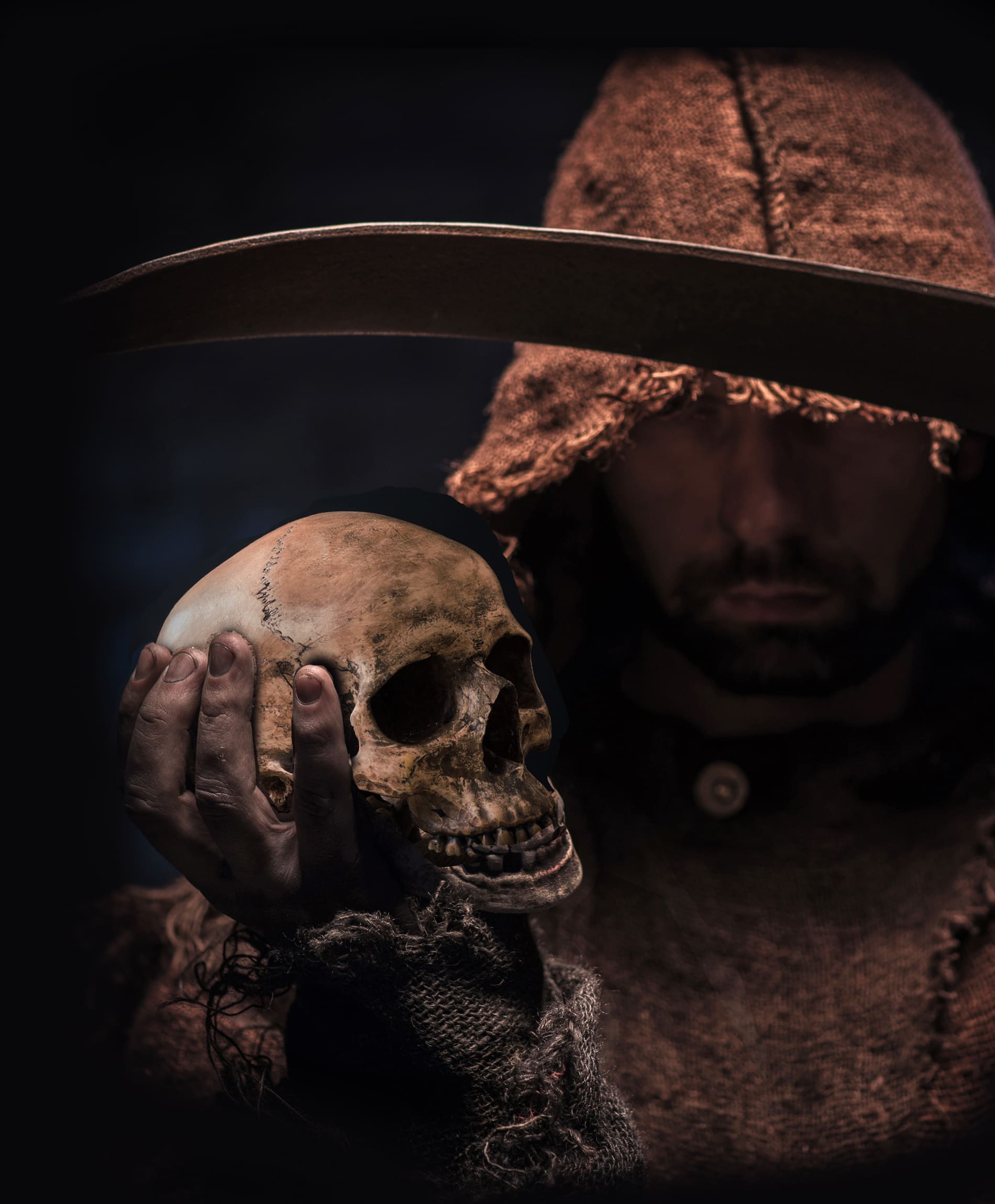 You Know It's Going To Happen.
You Just Don't Know Where, When or How!

Taken is new for 2021 and is an extreme journey.
Do you have what it takes to Brave this Attraction?
Don’t Bet Your Life On It!

PLUS OUR SPECIAL EVENT
2 Nights Only!

DON'T MISS BRAINSTORM...
THE LARGEST SPECIAL EVENT OF THE SEASON

If you do escape and make it all the way through without losing your life, you get to go through the next house absolutely FREE. And if you make it through that house, you get to move on to the next (again for FREE!) Just remember, there are Zombies awaiting you in each and every house and it gets tougher as you go!

By the way, If you really want this Zombie Invasion to be even more intense and interactive, you can also rent Zombie Blaster Guns and Anti-Zombie Ammo so you can shoot them dead… before they suck your brains out!

This is our Special Biggest Event of the Entire Year… Don’t Miss It! 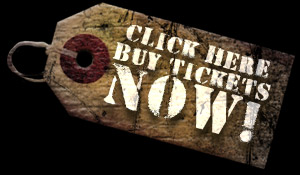 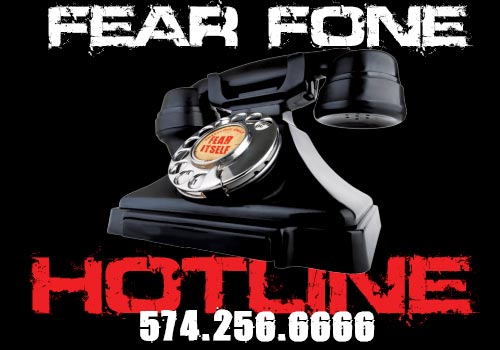